Back in January, I reported how I played a solo game in recognition of International Solo Wargaming Day.  It was on 1-11-2011.  I said it then, and I'll repeat it now, 'cause it makes me chuckle:  "January 11, 2011 was International Solo Wargaming Day, a day when all solo wargamers could come together and game separately.  Wait, that doesn't sound right....  A day when all solo wargamers could play together, alone.  Ahhh, nevermind."

Anyway, I thought that was the end of it, until I came across this blog:  Solo Nexus.  He's promoting commitment to Solo Tabletop Gaming Appreciation Month, a whole month of solo gaming, occurring in November 2011, or 11-11 (and topping itself off, I guess, on 11-11-11).

In his own words:  "...make your pledge to yourself (and to us so we can keep you honest) by specifying to the best of your ability what momentous solo tabletop event you are planning to undertake this November! Plan to use the whole month to finally paint those minis in the box on the shelf or try that rule set you bought last year or complete a fully-documented solo RPG adventure or design your own solo CCG with that software you've had your eye on or create the best after-action report of a solo battle ever or - well, you get the idea." 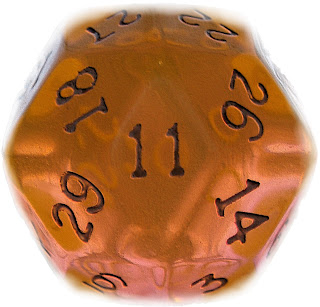 I'm always one to jump behind a movement that doesn't really require much effort, and any solo gaming project is only as onerous as I make it, since only I am involved.  So I hereby pledge to do some momentous solo event in November.  Just exactly what it will be, I'm not sure yet, but as soon as I get a good idea of what I think I can finish, I'll report it here.

So pledge now, either here or at the mother site, Solo Nexus.