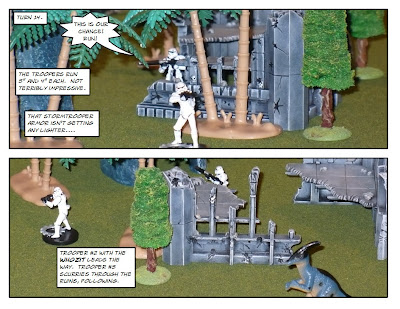 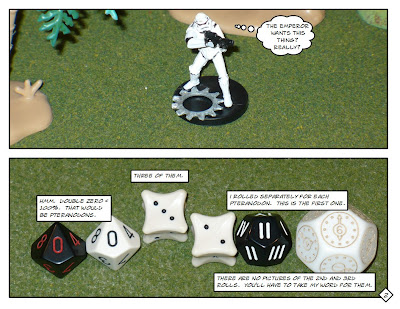 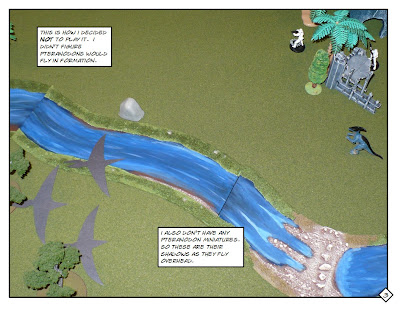 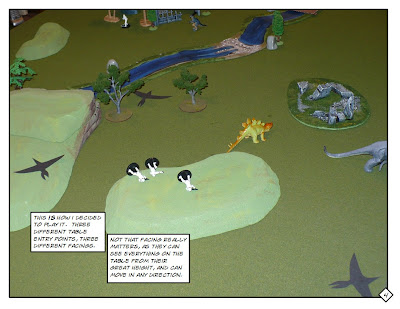 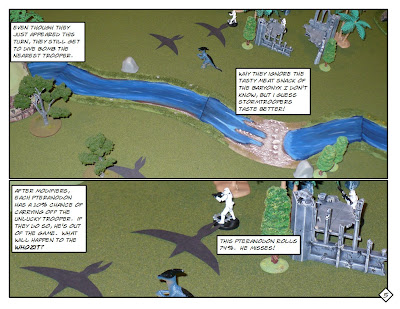 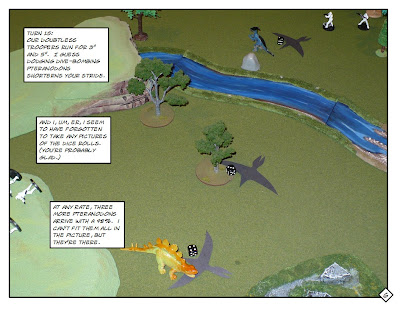 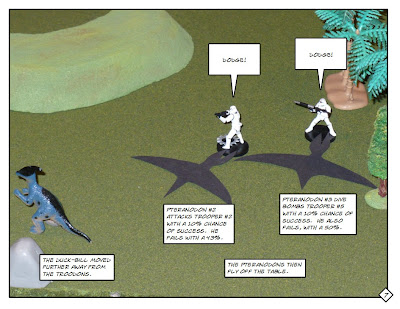 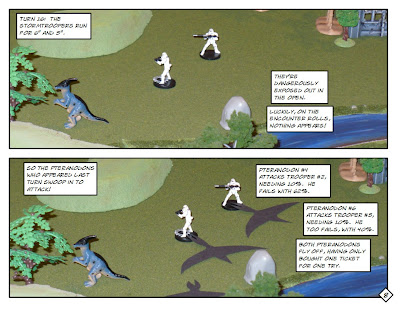 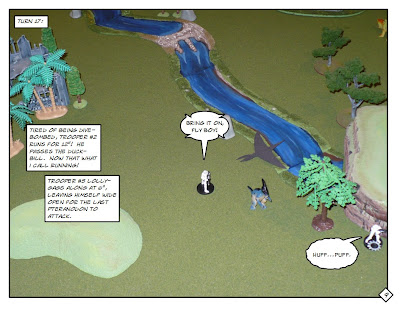 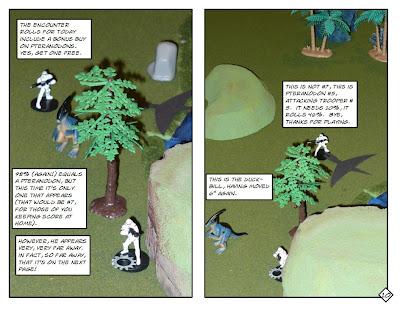 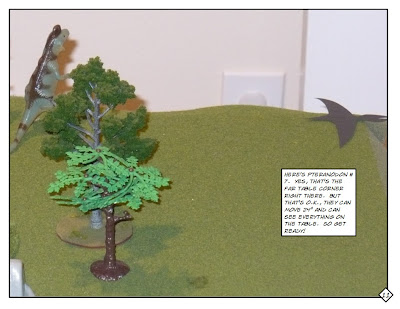 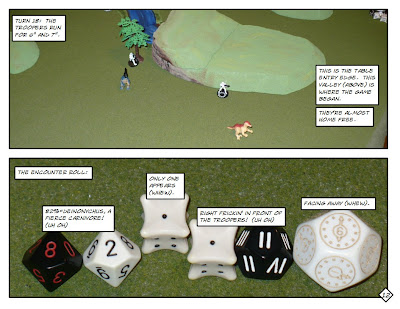 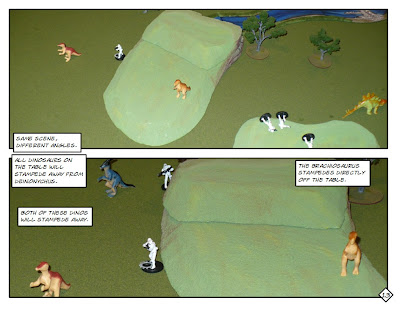 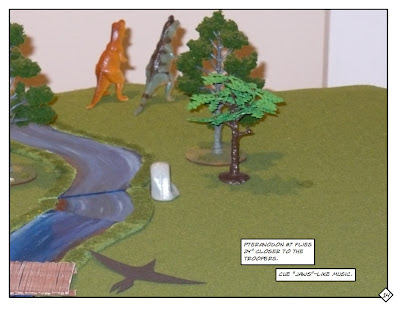 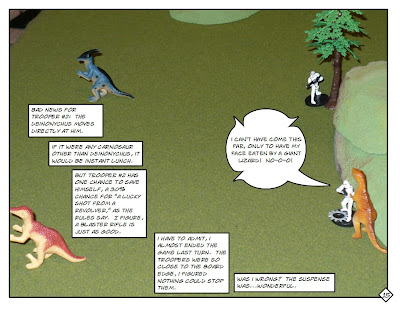 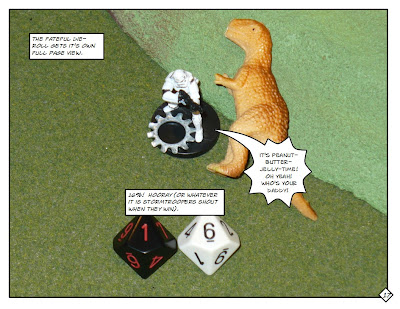 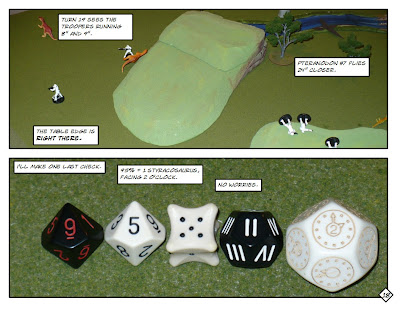 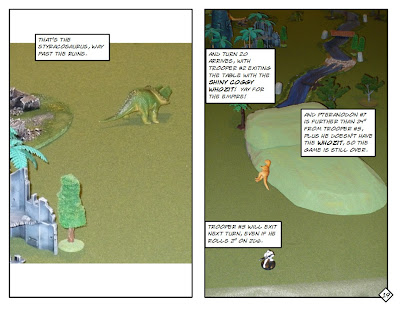 So finally, a conclusion.  I almost ended the game on the turn before the Deinonychus appeared.  I'm glad I didn't as it sort of made the rest of the uneventful middle part worthwhile.  After the first third of the game, I thought I might have a pretty tough time completing the mission.  Then the second part lulled me into a false sense of security.  The third part nicely rounded things off.


One thing I learned about "Saurian Safari" is that, while it can easily be played solo, it doesn't perform quite as well if you take it outside the rules' parameters.  It's designed to be a HUNTING game, and I was actively trying NOT to hunt.  I think I was influenced by Two Hour Wargames' "Adventures in the Lost Lands," wherein the dinosaurs can hunt YOU if you don't hunt them.  In "Saurian Safari," many times the dinosaurs won't do anything if they're not shot at.  So unless a carnivore appears, you can have a pretty easy time of it.


Of course, I did "shoot myself in the foot," so to speak, when I shot at the Triceratops and I didn't need to.  The odds of it spotting the Stormtroopers was probably lower than the odds of it spotting them after being shot at.  I was afraid the T-Rex would turn and see them too when it wasn't until later I realized he won't move with them out of his line of vision (under normal circumstances).  So there was really no danger to speak of, until I created it.

Ah well, it made the game quite enjoyable.

All in all, a fun game, that took me longer to document than it did to play (but I enjoy that part of it, too).