My friend, Tom, and I recently played our home-brewed Rorke's Drift rules with my 15mm Old Glory figures.

The game is designed to end after 24 turns.  The following two pictures are of how the game ended.  There are no more Zulus on the table (excepting 6 men with rifles, who were too far away to do anything).  The British lost 33 men of 62 starting.

I would like my readers' professional gaming opinions on whom they believe to be the winner:  the British or the Zulu.

Tom and I both agreed on who we think the winner to be.  Not that it matters, but I was playing the British side and Tom the Zulu side.  I am purposely leaving out any references to the rules we used, in order not to bias your opinions.

Just look at the troop dispositions in the photos (which will enlarge if you click on them), and tell me who you think should be declared the winner.

Please leave your comments below, and thanks for taking the time to look. 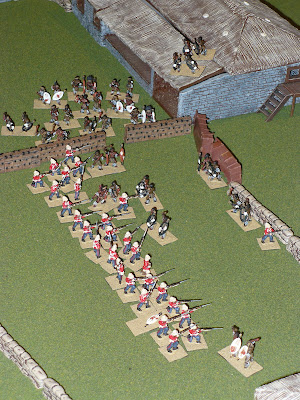 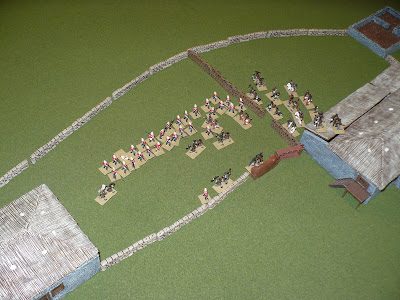