It's been a long time between updates, yet again.

Here are some Lost World style adventurers I recently painted.  They are from Copplestone Castings, specifically "AF04-Big Game Hunters." 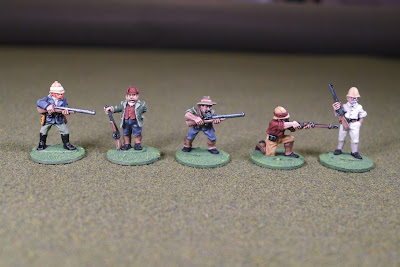 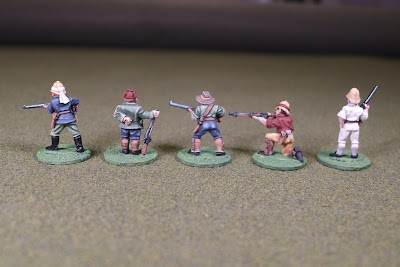 This group is from Brigade Games, and is from their "Africa and the Lost Worlds" range.  This is "Hunters I."  I like that there is one lady who is willing to give this big-game-hunting-thing a try, and then there is her stern matron, watching disapprovingly (but who would probably be more dangerous wielding her umbrella than a rifle!). 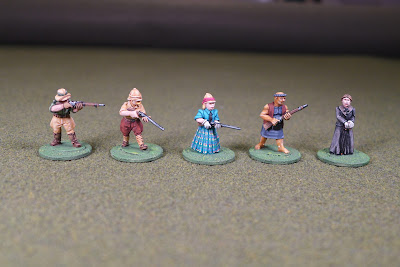 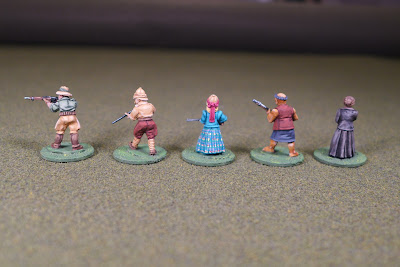 This group is from Brigade Games, too.  This is their "Archaeologists & Assistants I" group.  Brigade Games has a lot of varied and interesting figures. 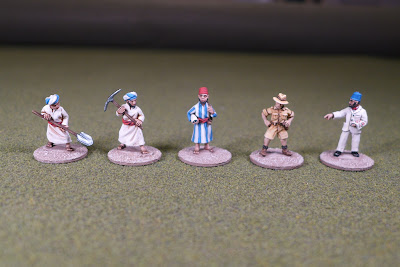 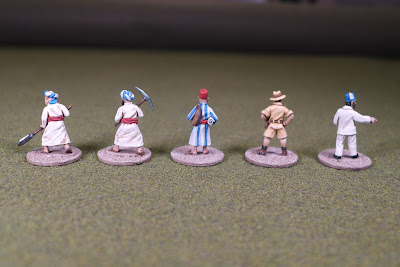 Finally, this is Captain Krustache and Erin the Archaeologist.  The Captain is from Pulp Miniatures, and was their Movember offering a year or two back.  They offer a new limited-run figure each year.  Erin is from Brigade Games, again from their "Africa and the Lost Worlds" range.  She stuck me as dressed less like an archaeologist and more like a dancing girl who got fed up being a slave and escaped.  So I painted her in silks (or at least I tried to). 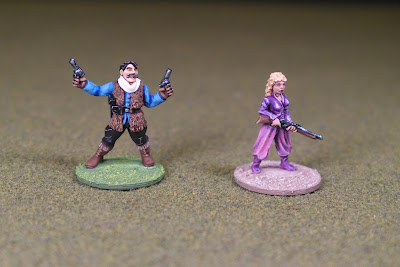 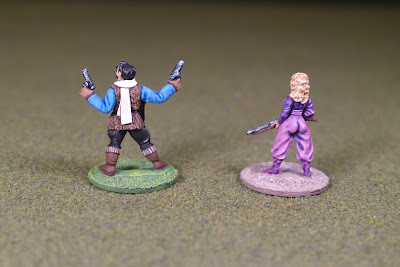 That's about it.  Maybe someday I'll use them in a dinosaur-hunting game, and post pictures here to prove I still play.