Hello.  I vaguely remember writing things on this blog, long, long ago.  You know the drill:  Real Life.  Meh.

I've had the following things painted up for a while, I just never quite got around to photographing them.  So here they are at last.

I backed the Acheson Creations Dungeon Worlds Kickstarter way back in March of 2015.  I didn't paint these dungeon tiles up for a long while, because I wasn't sure how I wanted to mount them.  They're made of hard urethane plastic, but they're not completely square.  More importantly, they're not the same height as the Dwarven Forge dungeon pieces I have that I want to mix them in with.  In order to have any chance of using them together, I added Litko's plywood bases underneath.  Those are all 2" square, and the 3mm thick plywood raises the plastic tiles high enough to be mostly compatible with Dwarven Forge tiles.  (I don't link to Dwarven Forge because everybody knows who they are, plus they annoy me.) 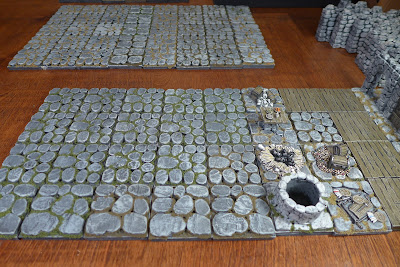 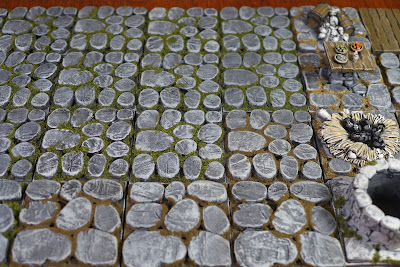 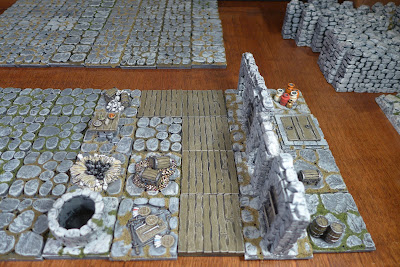 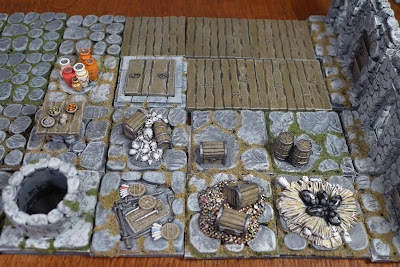 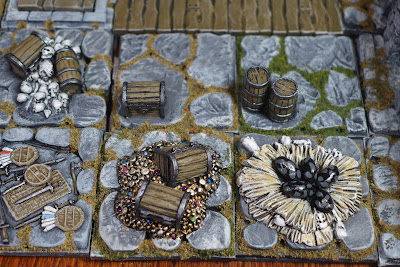 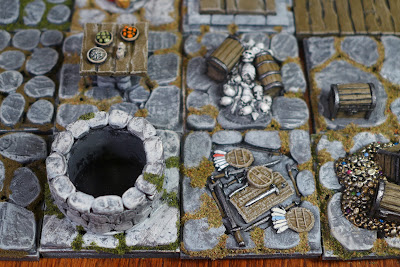 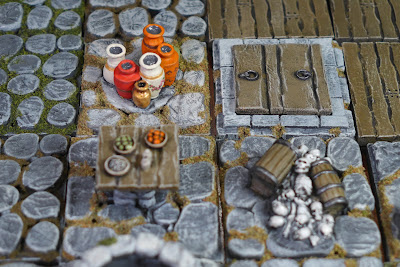 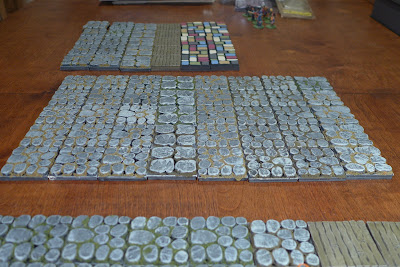 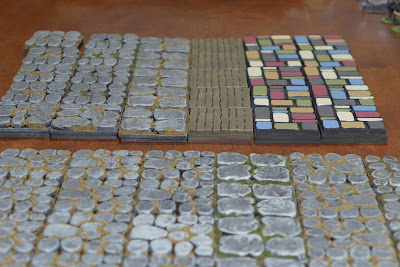 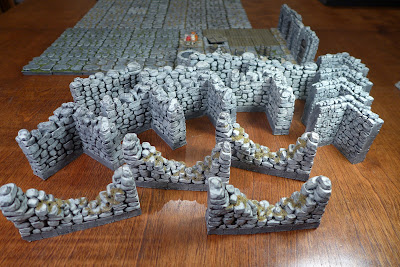 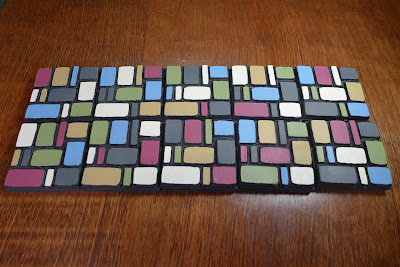 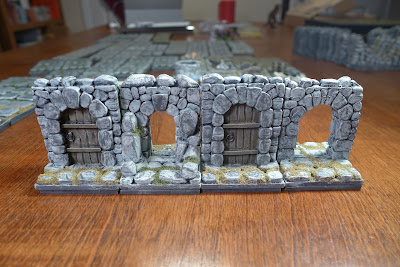 These pieces are pretty nice.  They're a little more "organic"-feeling than Dwarven Forge, and their casting process is not nearly as pristine as D.F.:  ie, most of the pieces are not perfectly 2" square, so even with the plywood bases, they don't fit together perfectly.  They're also a trifle lighter in weight than D.F., so seem to move around more easily if accidentally bumped.  But there's a good variety in floor designs, and some of the unique floors are pretty neat.  I don't particularly like the walls, because they don't really line up well with the bases, so it's difficult to actually make things fit together, but it's still possible.  What's more, they were marginally less expensive than the Dwarven Forge pieces, with more unique pieces.  Overall, I'm happy enough with them, but not so much that I backed Acheson Creations' next two Kickstarters.

In that same Kickstarter, I added some 28mm metal miniatures of dungeon adventurers (links here and here).  At the time, they were $10 for a pack of 4.  Here are the first two packs I have painted up; I have a further few still unfinished.


I admit, I didn't spend as much time on these as I could have.  I'm more interested in assembly-line painting, and just getting as many finished as possible.  Even so, the next set are still only partially done.  They're nice figures, not the greatest but not close to the worst.  At $2.50 per figure, they're really nice.

Another item I added on was this very nice waterfall and underground pool.  The water in each was a blue plastic, one darker than the other.  The only thing I did to the water was paint the base-under-the-water a blue, and then highlight them with white.  You can see the blue underneath in the second picture with the waterfall removed. 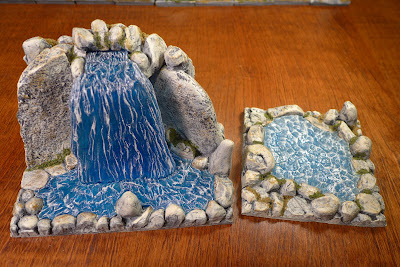 And now for some glamour shots.