14. Death in the Jungle: The French Return

After the whipping the French got at the hands of the Natives in the last game, they were itching for a rematch. The Officer Commanding the African post demanded of me to let him lead a stronger force to enact punishment against the upstart aborigines. I assented.

I played on a 4'x6' table using essentially the same setup as before, only in an expanded scale. I used the same jungle terrain, but it was spread out a little more, which was fine since I was going to use a lot more troops. If you click on the pictures, they will enlarge to (possibly) fill your screen. 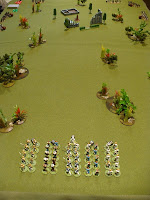 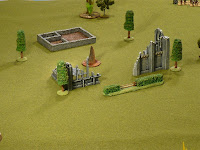 A relatively clear path through the jungle...to the Native shrine of death.

The French were taking all available troops from the fort. Two full squads of Foreign Legion, a squad of Marines, a squad of Tirailleurs, and group of Native Bearers, under the overall command of le Capitaine. Their task was similar to the first outing: get the Bearers to the totem for one turn so they could break it up and carry it away; as a secondary objective, if the Bearers ran away then keep the French forces in control of the shrine for one turn in order to deface it. The Natives would win if they prevented the French from doing this. 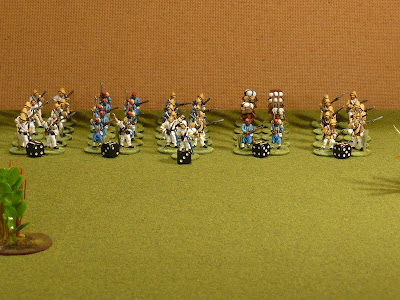 I classified the large jungle terrain pieces as Impenetrable to movement and Line of Sight (LoS); and the medium and small pieces as Rough to cross/enter. If any LoS crossed medium or small terrain, it would count as Light Cover for the target. 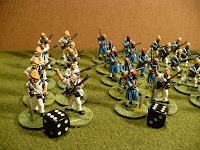 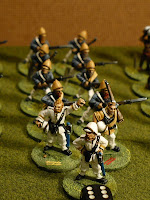 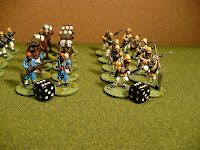 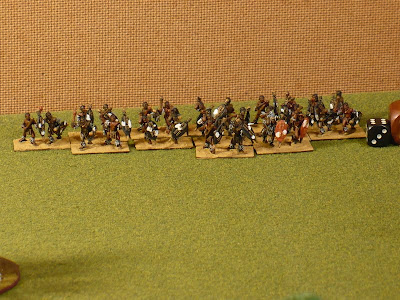 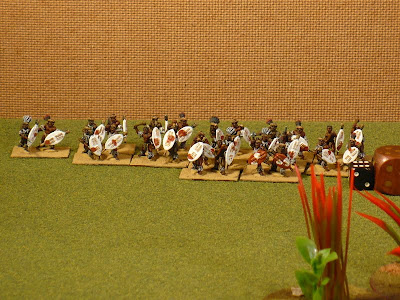 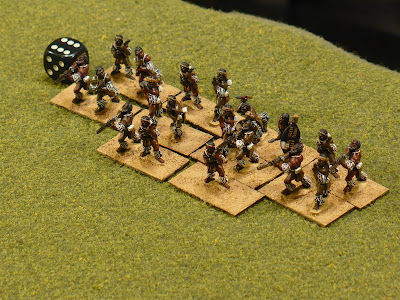 As in the first game, I rolled a compass d6 to randomly place glass markers to indicate Native entry positions. 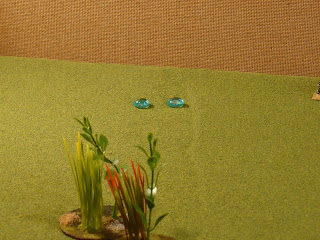 Each marker would activate when any French unit came within 25" (rifle range, no LoS needed). A d6 roll would determine which Native unit appeared, per their squad number. Each arriving Native unit would get 1 free Action Point (AP), occurring prior to the regular Action Phase.

Chief Otanga had given his warriors simple orders: "Stop the White man." As such, he did not have to be on the table in order to effect battle.